George Floyd was my friend 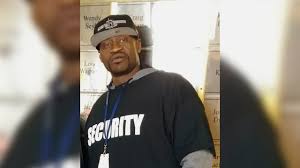 We met while I was making my rounds as a volunteer Chaplain, and the Salvation Army Harbor Lights is a regular stop on my route. Floyd (I knew him as Floyd) was in a situation attempting to extract an inebriated guest from the building. He was new, and it did not go well – for Floyd. After he moved the gentleman out of the building, Floyd and I spent time together, one to one, discussing the event, sharing our histories, crying and praying together.

Our friendship was born.

Although his employment at Harbor Lights ended, I would see him there, hanging around, visiting with the staff and guests, often with a kind word, an encouragement, or a funny story to share. He seemed to love to be among “the least of these” (as Jesus said). His escape from his hometown was to provide a geographic cure for his struggles, and the time he spent at Harbor Lights was salve on his wounded heart.

We did not spend as much time together as I now wish we had. Our encounters, except for a few, would be brief – maybe 10 or 15 minutes. On a few occasions, as I shared above, we went deep. In the time we shared, I would describe Floyd as:

The Floyd I knew was a peace-lover. He detested violence. He cared for his family, in the best way he knew. He had a robust faith and wanted others to meet his God.

His legacy will live on, not through violence but through peace, justice and through real change in how we see and treat each other. This isn’t only a police issue but an issue that continues to cut deeply into the core of our society. Judging someone based on appearance, color of skin or any other superficial trait is simply unfair. It’s wrong. No matter the color of your skin.

Remember, we all bleed red.

—Richard Bahr, Co-Founder and Chaplain at Threshold to New Life

Carla co-founded Threshold to New Life with her husband, Richard, in 2013. Carla handles the day-to-day operations for the organization dealing with partner organizations and working directly with clients.

She has spent a career in providing administrative support for executives at a number of prominent Twin City companies, which developed her organizational skills as well as the heart of a servant.

Having led and grown a leading capital equipment manufacturer with installations in 27 countries serving 17 of the top 20 pharmaceutical firms in the world, Bahr became determined to dedicate more of his time, talent and treasure to helping “the least of these."

He has a B.A. from Augsburg University in Business and has served on the boards of and has actively worked with several charitable organizations throughout his career. As a licensed minister, he volunteers as a chaplain at various homeless shelters along with providing leadership for 2.4 Ministries of Grace Fellowship, serving a daily breakfast to the homeless. He is also a published author. His most recent book, Those People, shares stories about his homeless friends. More about Bahr can be found on his website at www.richardbahr.com.

From Homeless to Faith – Following her experiences in dealing with both homelessness and chemical dependency, Sheila committed her life to Christ in 2004. As God began pulling the pieces of her life together, she began working for a non-profit homeless shelter in 2007, then earned her B.S. in Human Services in 2018. Following multiple promotions, she now is the Case Management Program Manager at the Salvation Army Harbor Light Center in Minneapolis.

Sheila is originally from Chicago and has resided in the Twin Cities since the late ’90s. She is married and a soldier in The Salvation Army. Her empathy for those struggling with addiction, homelessness, and mental illness has oriented her vocation and volunteering to step in to help those in need. 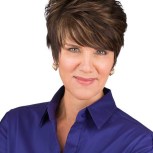 Danell is a hands-on executive with several decades of senior level experience in the wholesale industry. Born and raised in North Dakota, she has lived in the Twin Cities area for more than 30 years, and she and her husband call the northern suburbs home.

In addition to volunteering with Threshold to New Life, she supports a number of other organizations which reflect her heart for poverty, food and family insecurity, and homelessness: World Vision, Common Hope, and Unseen among them. She loves to cook, eat, and make others feel welcome. She translates this into preparing and serving food at Simpson Shelter, Minneapolis, alongside her friends from Grace Fellowship, Brooklyn Park, MN.

A life-long Minnesotan, Denise is married to John and has two wonderful daughters and a son-in-law. She has spent her career as an elementary school teacher in a Title 1 school in a Twin City area school district.

Along with volunteering with Threshold to New Life, she has helped with several other homeless ministries. She sponsors children through World Vision and is currently a coach and mentor to the Girls on the Run organization, which promotes good self-esteem, positive role models, and moral education along with physical activity to girls in grades 3 – 5.

Also a life-long Minnesotan, John is married to Denise and has two wonderful daughters and a son-in-law. He has been an Environmental Scientist and has been operating his own business for 22 years.

Along with volunteering with Threshold to New Life, John has learned the joys of serving by being a Big Brother since 2012 and is currently a tutor at Sharing and Caring Hands. He has worked with at-risk teens at Maple Grove High School in the STRIVE program. He has also coached youth gymnastics and soccer for many years. 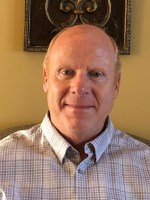 Rob was born and raised in the Minneapolis area and currently lives in the Northwest suburbs of Minneapolis with his wife, Nancy. He has a B.S. Degree in Finance from Saint Cloud State University and has spent the last 30 years of his career in corporate financial management and planning.

In addition to his role on the Board of Directors of Threshold to New Life, Rob is involved in several other non-profit organizations. He teaches financial literacy classes for several organizations, serves on the speakers’ bureau of Feed My Starving Children, and is a Compassion International and Campus Outreach sponsor. He is also involved in his church, Grace Fellowship in Brooklyn Park, where he serves as a church elder, men’s group leader, and small group leader. 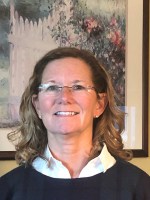 Nancy was born and raised in Wisconsin and has lived in the Twin Cities for over 35 years. She lives in the Northwest suburbs of Minneapolis with her husband, Rob. She has a B.S. Degree in Finance from University of Wisconsin-La Crosse and has spent the past 30 years of her career in business systems support and project management within the Financial Services Industry, where she recently retired.

In addition to her role on the Board of Directors of Threshold to New Life, Nancy teaches financial literacy classes for several non-profit organizations, ran the church bookstore for 4 years at Grace Fellowship Church, and is a Compassion International and Campus Outreach sponsor.